Soon after actor Sushant Singh Rajput’s death, social media was up in arms, condemning nepotism in Bollywood. Actor Kangana Ranaut had also released a video in which she spoke about the “darker side” of the Hindi film industry, alleging that behind the glitz, talented actors were being sidelined by certain powerful personalities.

And now, a viral social media post claims that Kangana has released late actor Sridevi’s autopsy report with several sensational details. The purported autopsy report says she was “clearly forcefully fed” cocaine and whiskey, had three injuries, and it was “not a natural death”. It further says Sridevi had passed away “due to toxic reactions from external toxins injected and not naturally encountered”.

The “autopsy report” also bears the letterhead of the United Arab Emirates ministry of health and prevention. Sridevi was found dead in the bathtub of her hotel suite in Dubai on February 24, 2018.

India Today Anti Fake News War Room (AFWA) has found that the purported autopsy report is fake. Neither has Kangana released any such document nor has it been shared by any authentic source in the UAE government.

The said “autopsy report” emphasises on the fact that Sridevi had injuries on her head, near the palm veins, and on the diaphragm. It also asserts that the actress was “thrown into the bath tub when there was no pulse”.

The archived version of the post can be seen here. This post is being widely shared on the Facebook fan pages of Sushant Singh Rajput with captions such as “Conspiracy is in bollywood’s Legacy”.

A number of grammatical and spelling errors gave rise to suspicions about the authenticity of the “autopsy report”, following which we searched the Internet for articles related to Sridevi’s death.

Two days after her death, on February 26, 2018, authorities in Dubai had confirmed that the cause of death was getting drowned in a bathtub following loss of consciousness.

We searched for authentic news reports on the actor’s demise and found several articles that can be read here, here and here.

We also found official documents regarding her death. 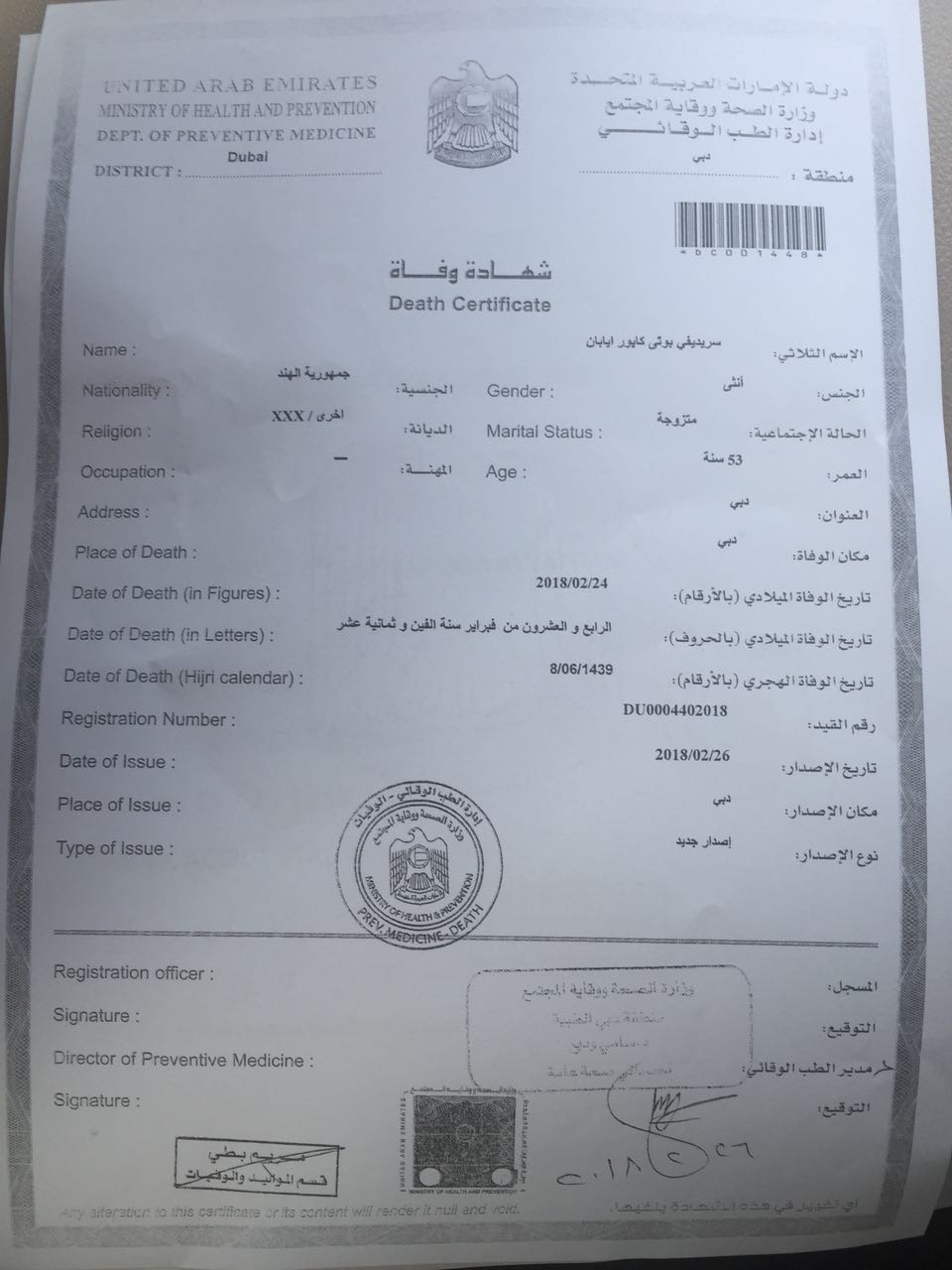 We could not find the viral document in any media report. Nor could we find any such document shared by the Dubai government.

To confirm whether Kangana has released any such document, we checked the official Twitter handle of “Team Kangana Ranaut“.

The bio of this platform mentions “Ms. Ranaut is personally not on any social media platforms.” We could not find any such document on this handle either. Therefore, we contacted her public relations team, which rubbished the claims of Kangana having released any such document.

Therefore, it is clear that the “autopsy report” of Sridevi’s death being shared on social media is fake. Neither has it been released by actor Kangana Ranaut, nor by any authentic source in the Dubai government. ClaimActress Kangana Ranaut has released Sridevi’s autopsy report that says she was forcefully fed cocaine, had injuries and her death was unnatural.ConclusionThe document is fake. Neither has it been released by Kangana nor by any authentic source in the Dubai government.