A viral screenshot is claiming about the beer brand ‘Budweiser that several Budweiser employees have been urinating into the beer tanks for years.

India Today Anti Fake News War Room (AFWA) has found that the claim is false and was originally posted by a satire website.

A connoisseur will tell you that a fine beer is not meant to be ‘drunk’. You’re supposed to take a sip, let it roll down your tongue slowly so that it spreads over every edge of your palate and then savour its tangy bitter flavour with your eyes closed.

But what if you get to know that this tangy bitter flavour of your favourite beer brand that you cherish comes from the piss of its employees!

Well, this is what a viral screenshot is claiming about the beer brand ‘Budweiser’. It states that several Budweiser employees have been urinating into the beer tanks for years. This revelation has apparently left beer lovers in utter shock. India Today Anti Fake News War Room (AFWA) has found that the claim is false and was originally posted by a satire website.

A Facebook user shared the screenshot and wrote a caption in Hindi which translates to, “It’s time for all alcohol lovers to gargle with sanitiser!” The archived version of the post can be seen here.

News website “The Hans India” had also written an article on the same with some modifications. They later deleted the article. But in no time, memers took over and filled social media with humorous creations.

#Budweiser consumers after knowing that they’ve been drinking piss all this while: pic.twitter.com/ApMUiXtIyl

Using keywords, we found that the screenshot was taken from a satire website called “foolishumor.com“.

However, the website has mentioned that its articles are purely fictional with the sole purpose of entertainment. We could not find any such statement on the official website of Budweiser. Also, there were no reports from any authentic media website related to this news. Hence, it is clear that the viral claim of Budweiser employees pissing in beer tanks is false and was posted on a satire website just for fun. 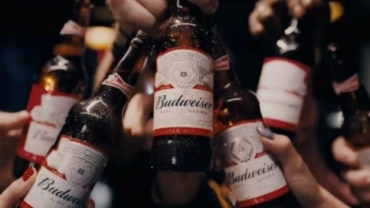 ClaimBudweiser admits several employees have been pissing in its beer tanks for years.ConclusionThe claim is false and originated from a satire website.

PwCA to call it quits as GVKPIL auditors, allege non-cooperation by company & management